Van Gogh in Me

an immersive journey through the times of Van Gogh and Klimt​

What effect does Van Gogh have on you? The Netherlands Chamber Choir presents an overwhelming audiovisual spectacle in which works of art by Vincent van Gogh and Gustav Klimt come to life in response to the compelling music of Debussy, Mahler, Schönberg and others. Specially developed algorithms were taught Van Gogh’s and Klimt’s painting methods and cause the works of art to react live to the magnificent choral sounds of the Netherlands Chamber Choir and to the emotional experience of singers and audience. The result is a breathtaking performance in which the boundaries between music, image, artist and audience become blurred.

In Van Gogh in Me, Vincent Van Gogh is the central source of inspiration. The idea for this production was derived partly from an upcoming exhibition in the Van Gogh Museum and Belvedere Vienna about Gustav Klimt’s sources of inspiration: Golden Boy Gustav Klimt. In order to connect the artworks to music, creating an immersive journey through the Europe of Van Gogh and Klimt, the Netherlands Chamber Choir has been working for the past three years with the audiovisual studio fuse* from Italy. They analysed Van Gogh’s and Klimt’s painting methods and use of colour, and developed algorithms that bring the brushstrokes to life. During the performance, the choral music and the emotions of the audience and singers are retrieved from biometric data and immediately converted into images. In this way image becomes audible and music visible in an almost synaesthetic experience.

In Van Gogh in Me the Netherlands Chamber Choir accompanies its audience to the Europe of the fin de siècle at the end of the 19th century. The era of Satie, Debussy and Mahler, and that of Van Gogh and Klimt: a turbulent time of new discoveries, global unrest and rapid changes. The audience receives not only an impression of the zeitgeist of Europe at that time, but also feels the strong similarities with the Europe of today. Van Gogh in Me is a step into the past and at the same time a view of the future. 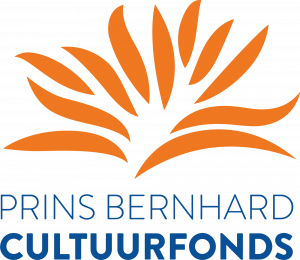