The Netherlands Chamber Choir makes impact, through innovative productions, unexpected collaborations and creative storytelling. Besides that, the choir creates opportunities for talented young singers in the NKK NXT talent development programme. In October 2021, the fifth edition of trainees started with the production of their own show, aimed at exploring new frontiers in the world of choral music.

In April 2022 NKK NXT 21/22 preformed their show Re:quiem for audience. In Re:quiem, the singers break with traditions of remembrance and create a living requiem, an homage to both end and new beginning. At the hands of the seven singers, the traditional mass for the death becomes a seven-part exploration of themes like remembrance and hope, covering centuries of music and thoughts from Tomas Luís de Victoria to Meredith Monk. Through physical and vocal improvisations they invigorate music and performance, leading to new ways of ensemble singing. A concert that makes a requiem more human and relatable: a song in search of beliefs. 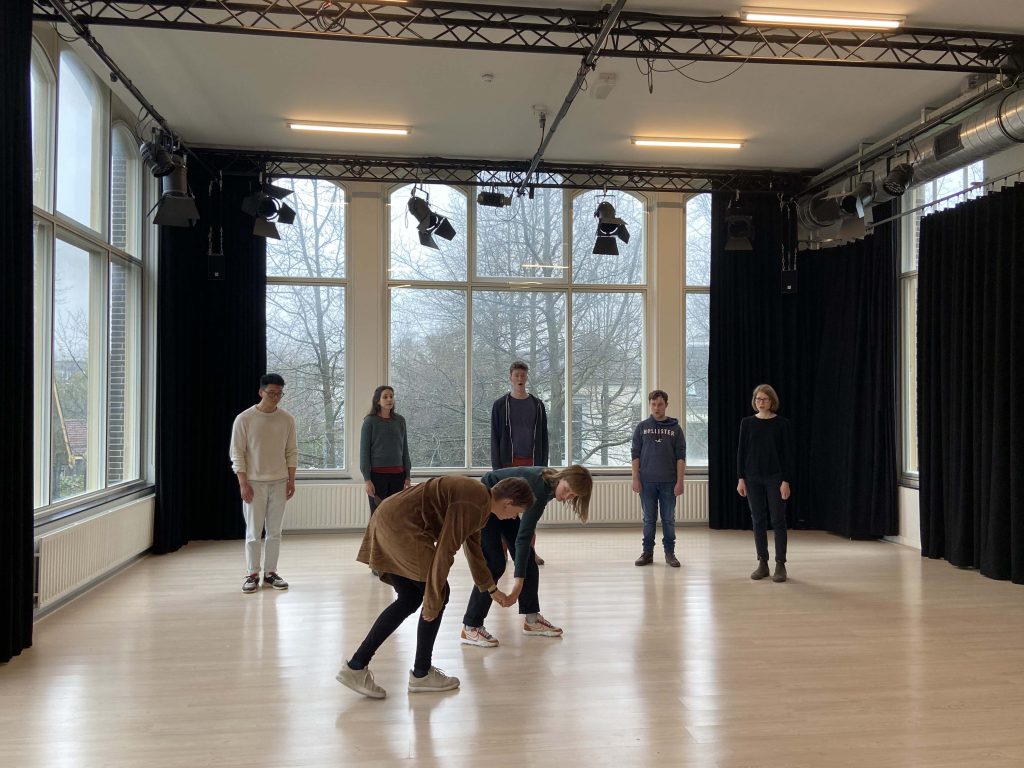 NKK NXT 21/22 during one of their rehearsals

Read more about the NKK NXT program on this page!