Wanted: ensemble singers of the future!

The Netherlands Chamber Choir (Nederlands Kamerkoor) makes impact: through innovative programming, unexpected collaborations and partnerships, and through a relevant artistic story. One of our other priorities is educating young talented singers and creators. This coming season, we are collaborating with choreographer and theatre maker Nicole Beutler in order to achieve that! You can be a part of this story – we are looking for new young talent!

Do you want to develop yourself as the ensemble singer of the future? Apply now for the traineeship of the Netherlands Chamber Choir: NKK NXT! As a trainee you create, develop and perform your own concert programme, coached by professionals of the Netherlands Chamber Choir. You develop your skills in areas like ensemble singing and voice use, but also in other entrepreneurial areas like concept development, production and marketing. As ensemble singer, you will be joining Nicole Beutler in her new show GINKGO (or: 56 million years ago there were palm trees on the north pole). 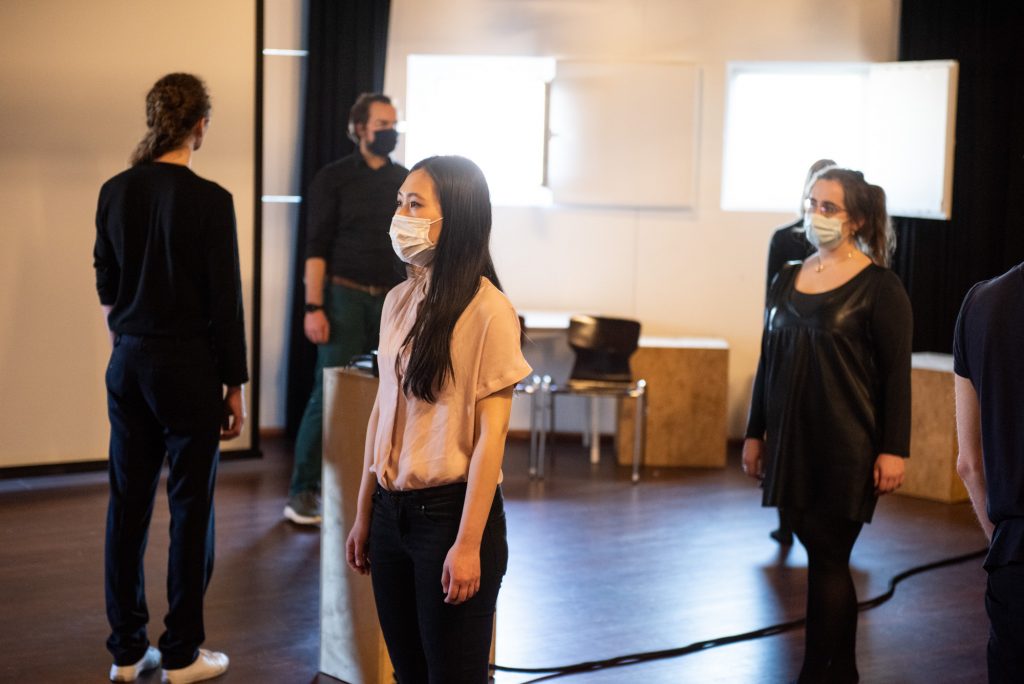 You are a skilled singer, recently graduated from an academy of music/conservatory (or another relevant school or programme). You aren’t shy of singing classical music, but you also have experience in singing in other styles like jazz or pop or you want to develop yourself further in that regards. You are a performer: you like (musical) theatre and you want to further develop your presence on stage.

Next to that, you want more. You have a message you want to include in your art and performance. You are looking for your own voice, and you want to take your audience with you in your own story. You work with enthousiasm, you work hard and you have high standards. Besides your musical abilities you also want to develop your creative and productional skills.

Coming season, the Netherlands Chamber Choir is offering 8 traineeships, preferably equally distributed in different voice types. In the selection process we are taking cultural and musical/artistic diversity into account. 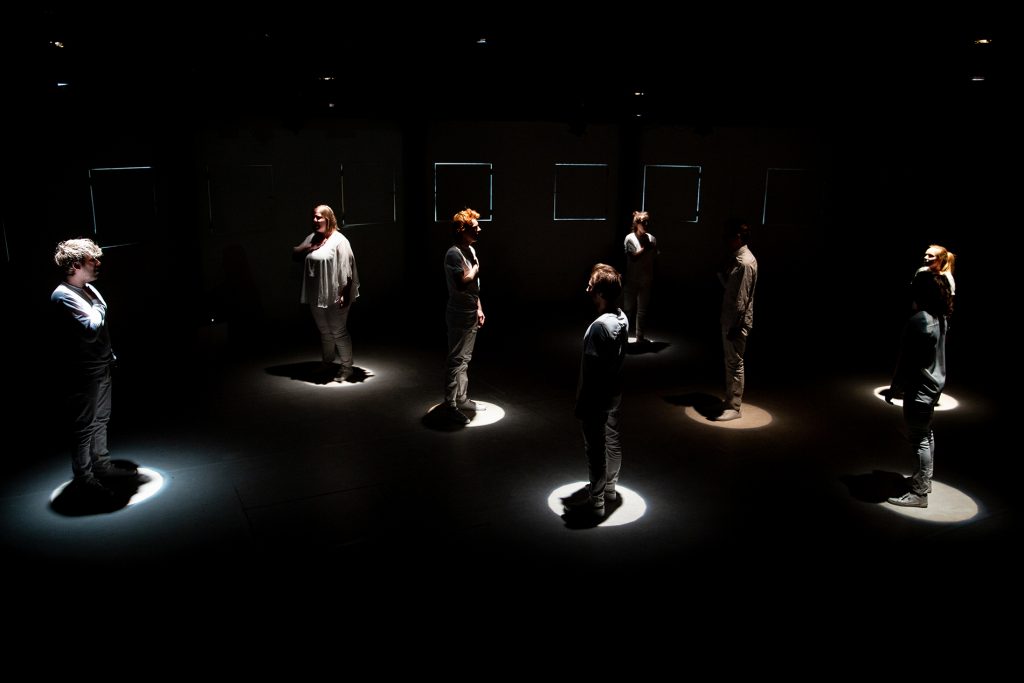 I want to be like you. by NKK NXT 19/20. Picture: Veerle Bastiaanssen

What will you be doing?

From October 2021 until March 2022 you will be making up a vocal ensemble together with 7 other trainees, with whom you will be developing and creating your own performance. Singers, conductors, a choreographer and artistic visionaries coach you for the entire duration of this process and help you create a relevant message to reach a broad audience. In this way, you investigate which role ensemble singing can take up in the 21st century and which role you can play in that.

Meanwhile, you go on a musical adventure together with choreographer and theatre maker Nicole Beutler, as well as various other performing artists (dance and music), in order to further develop yourself as an allround performer. In August and November 2021 you’ll be exploring various forms of improvisation and fusion between disciplines like choral singing, electronic music and movement. In May 2022 you’ll be starring in the new performance GINKGO (or: 56 million years ago there were palm trees on the north pole), a requiem for a world as we know it. As an artist, Beutler’s style explores new boundaries of genres and creates theatre as a Gesamtkunstwerk. Form and content are carefully balanced in relation to each other and the audience. The performance will premier during the O. Festival (previously Rotterdamse Operadagen).

What do we offer

How do you apply?

Fill in this form, in which you describe your motivation to be part of NKK NXT 21/22 and your ideas about the role of ensemble singing in the 21st century. The (preliminary) schedule of NKK NXT 21/22 will be published as soon as possible.

The deadline for applications is June 11. Attention: in order to give everyone a chance to apply, the deadline has been extended with two days. Applications can be submitted until June 13th, 23:59 through the online application form.

Based on the applications, we will invite a number of applicants for live auditions. These auditions will take place on the 21st and 22nd of June 2021, in Utrecht. The audition will consist of performing a song by your own choice and workshops of professionals of the Netherlands Chamber Choir. You will also have time to ask questions about the traineeship.

Did you apply for a position and/or do you have questions in the meantime? Reach out to Imre Ploeg, artistic co-ordinator talent development at +31 6 38 01 00 62 or send an e-mail to nkk-nxt@nederlandskamerkoor.nl.

NKK NXT was developed together with 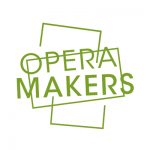 and is made possible by the support of